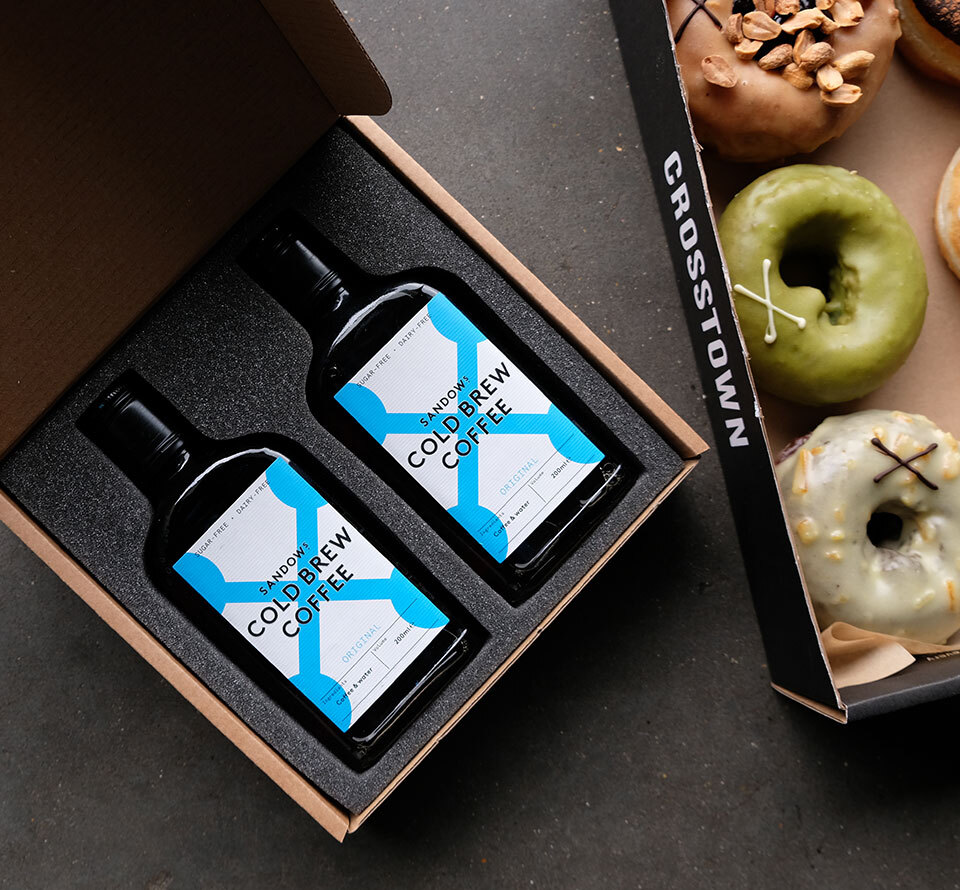 Dennis Hopp’r (vegan) – Mondo’s much loved and long-established Flagship IPA. Drawing on the West Coast style, Dennis Hopp’r has a moderate but balanced bitterness and crisp mouthfeel. Citra, Vic Secret and Ekuanot hops combine to produce a tropical flavour with notes of citrus.

Road Soda (vegan) – Road Soda is an example of a more modern style of beer. True to the New England style our Road Soda is very, very low in bitterness and bursting with hop character and aroma. It is a full-bodied Pale with a soft and silky mouthfeel.

Doughnut boxes are likely to include the following flavours:

Pre-order for delivery or collection here.
〉Find your nearest store

Order up until 11pm for next day delivery