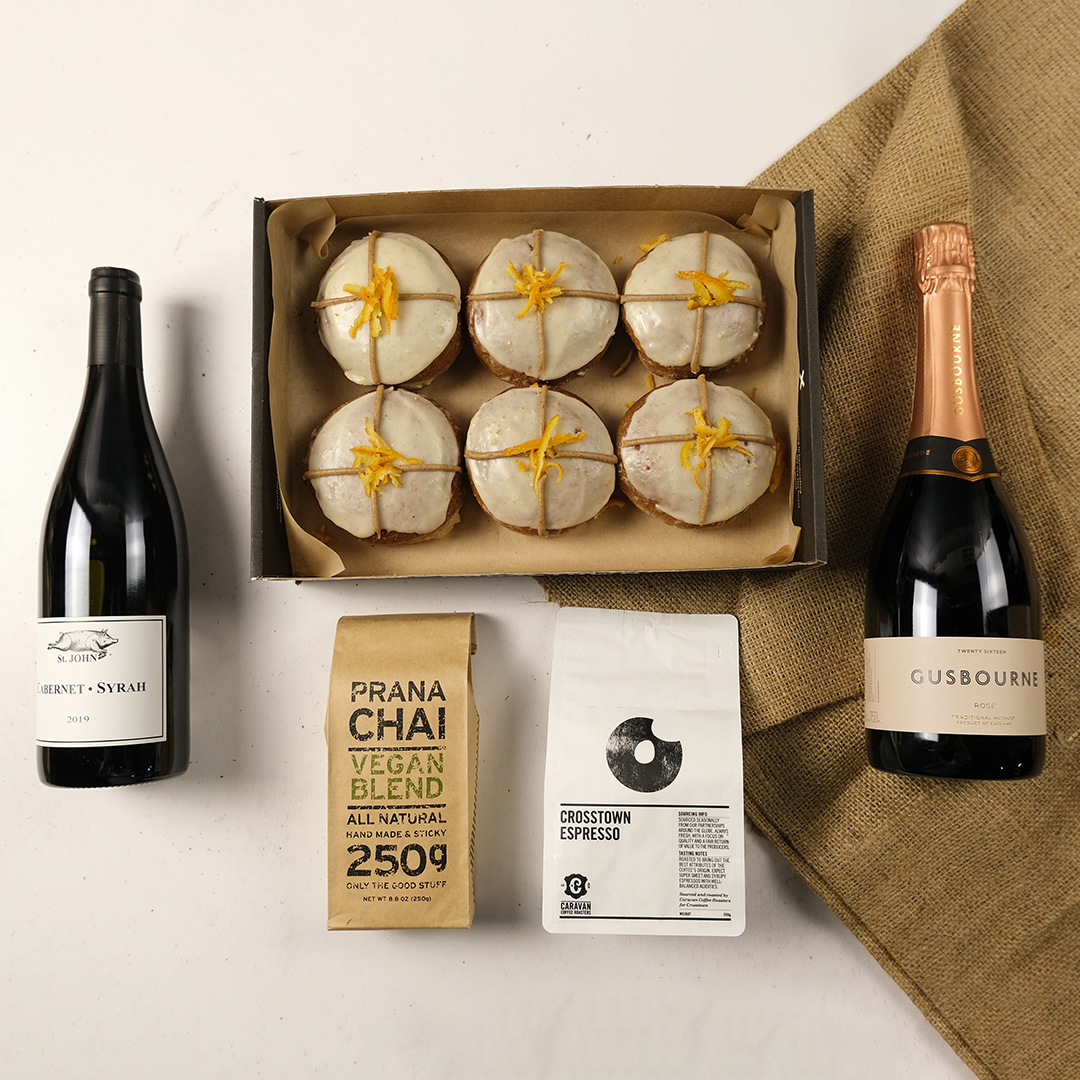 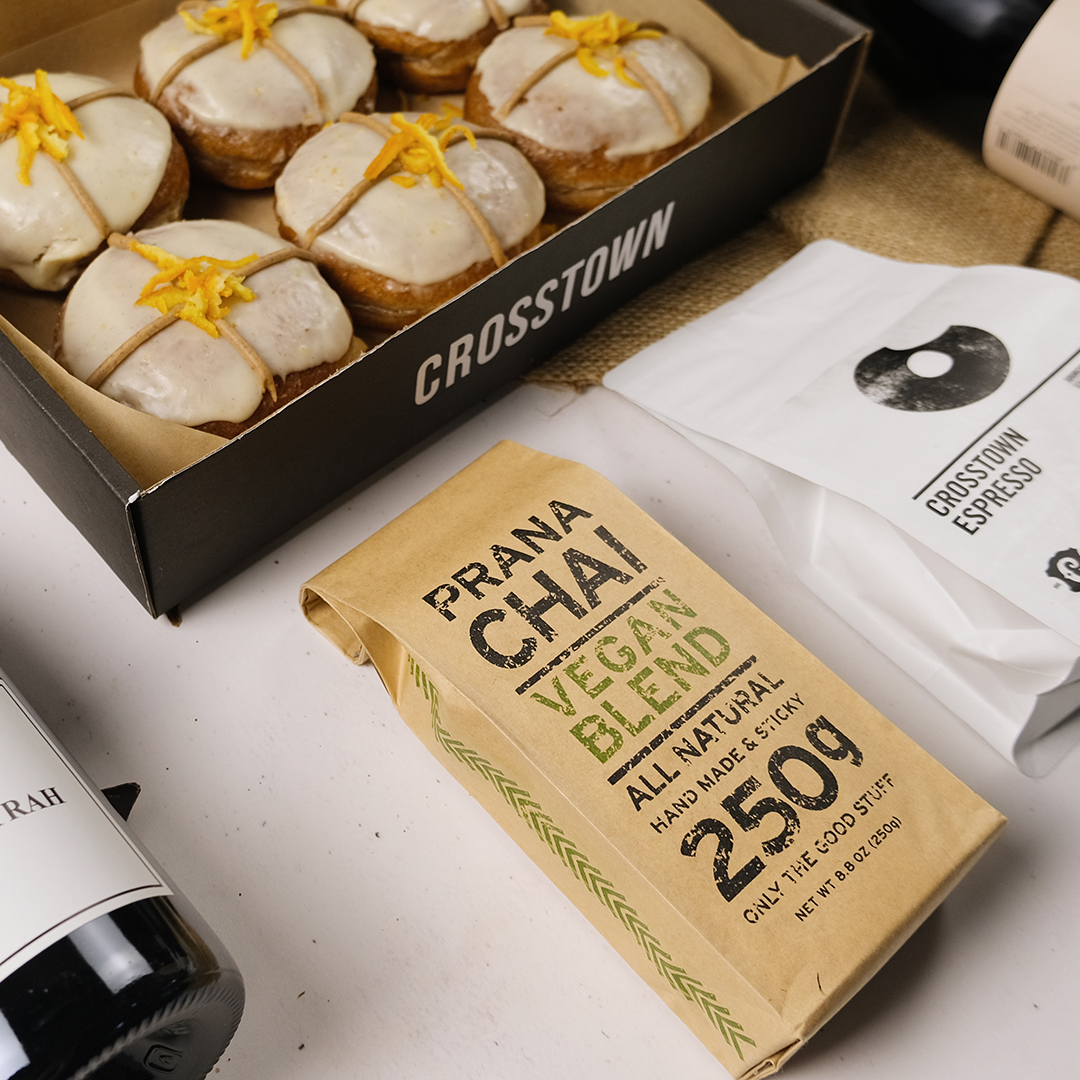 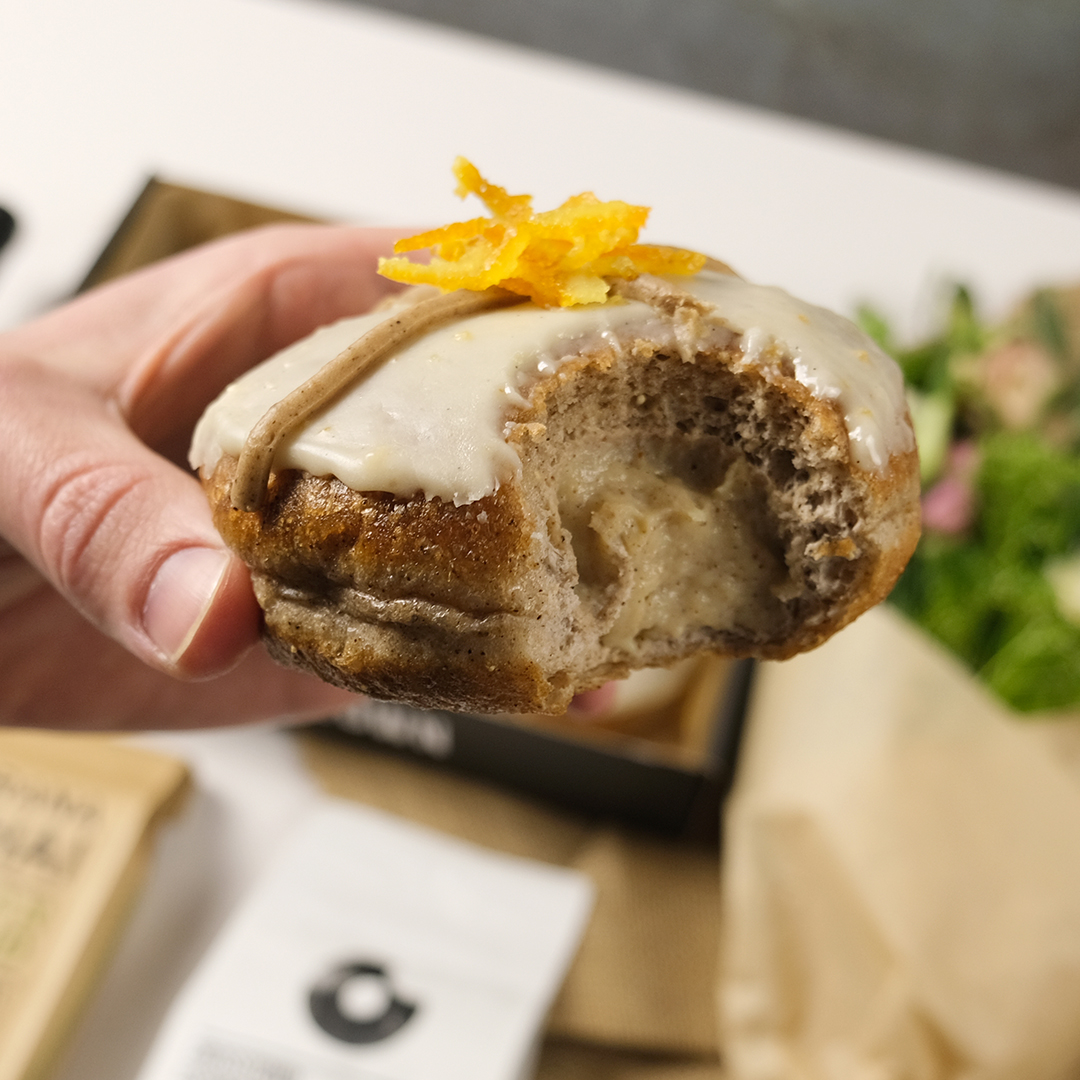 Each doughnut is crafted with Crosstown’s Easter spiced dough, which has been filled with a deliciously creamy cinnamon custard, topped with Seville orange glaze, and finished with a spiced cross and candied orange peel.

Tongan Vanilla Bean Glaze – Our melt in your mouth Crosstown sourdough in the traditional ring shape, is hand-dipped in a light and creamy Tongan vanilla bean glaze.

The Easter collection is now available in-store, for collection and on-demand delivery across London and Cambridge, between 29th March – 5th April, or until sold out.

Our Easter collection is available in limited numbers, in-store and for on-demand delivery between 29th March – 5th April, or until stocks last.